What Lawyers Need to Know about Google’s Helpful Content Update 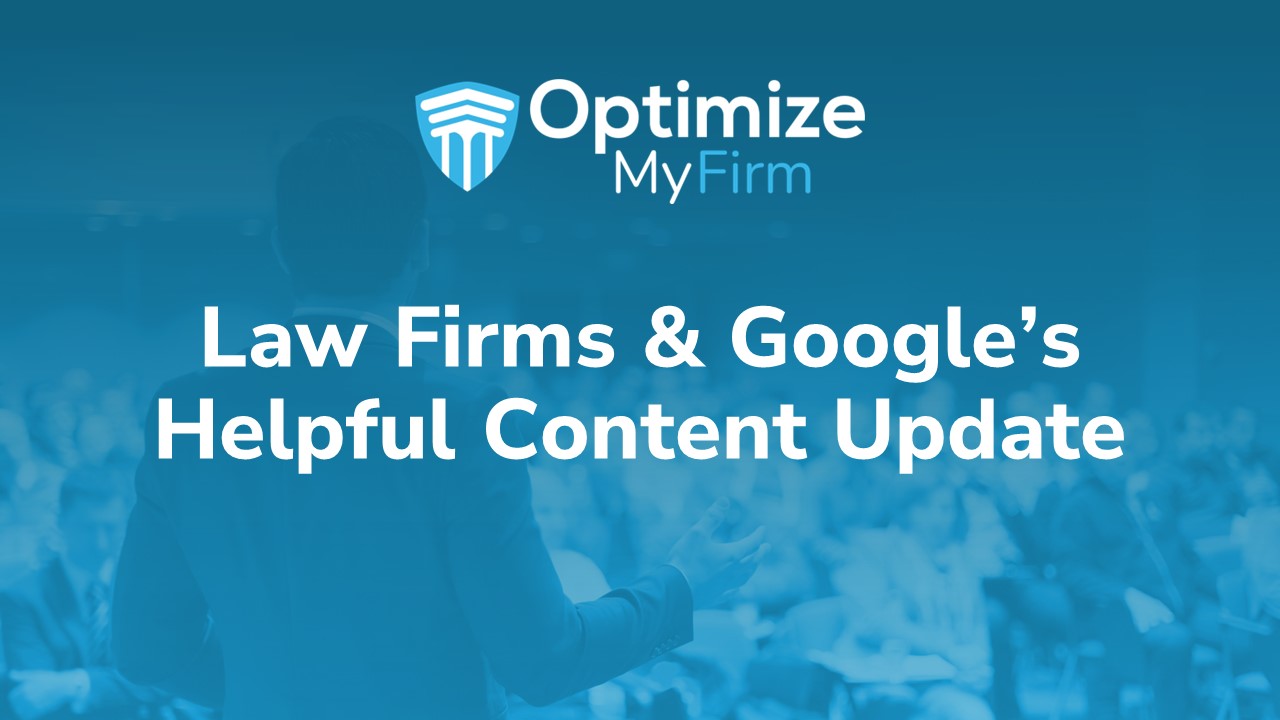 Google’s new Helpful Content Update will be impacting search results as of August 2022, however, it is unlikely to impact most law firms who create quality content.

A few hours ago, Google announced the Helpful Content Update. This update will negatively impact the performance of websites which produce garbage content.

We’ve all seen garbage content. When you try searching for certain things, such as kitchen sink faucets, you’re often presented with a search result page full of “affiliate sites” which are trying to get you to click their link to go to Amazon and make a purchase. The content on those sites is often computer generated, or written by someone who knows absolutely nothing about faucets and was obviously hired to crank out a huge article for 2 cents per word.

Charlie Warzel recently described Google’s search results for a plumbing issue he was having very well in his viral article in The Atlantic: “I was met with a slew of cookie-cutter websites, most of which appeared hastily generated and were choked with enough repetitive buzzwords as to be barely readable.”

While there are indeed a lot of spammy legal sites, especially in southern California, most attorneys have absolutely nothing to worry about.

Prior to focusing on law firms, I had the opportunity to assist a plethora of eCommerce, medical, dating, news and other content heavy sites negatively impacted by pretty much every Google algorithm update released.

Some sites have a section on them which is low quality. This can and will negatively impact an entire site. In one case, I worked with a dating site which had a huge section about mental health. This site was written by a young woman in her early 20’s. It was an extremely popular site, but on August 1, 2018, the traffic tanked. I was hired to diagnose & recover the site. I discovered that about 20% of the content was related to mental health. The articles were atrocious. Wile this individual was a Tinder expert, she clearly should not have been advising people about depression, anxiety or confidence. We trashed that portion of the site and around 9 months later the site made a full recovery.

That’s how site-wide quality issues impact a site. If Google loses trust in a big portion of your site, they lose trust in the whole thing. Next thing you know, you traffic is gone. Negatively impacted sites can recover, but, it takes time.

Websites negatively impacted which make improvements will eventually fall back into Google’s good graces. That’s because the search engine will be constantly evaluating and reevaluating websites over time. Google says “Our classifier for this update runs continuously, allowing it to monitor newly-launched sites and existing ones. As it determines that the unhelpful content has not returned in the long-term, the classification will no longer apply”.

Most Law Firms Have Nothing to Worry About.

We have indeed worked with some securities fraud litigation firms who have large blocks of press releases on their site. In rare cases, these “might” be an issue. It just depends. We monitor several very high traffic sites with a wide variety of content. If at some point the Google Helpful Content update negatively impacts law firms, this article will be updated – with helpful content.

Expertise.com Gets Crushed By Google Algorithm in 2023