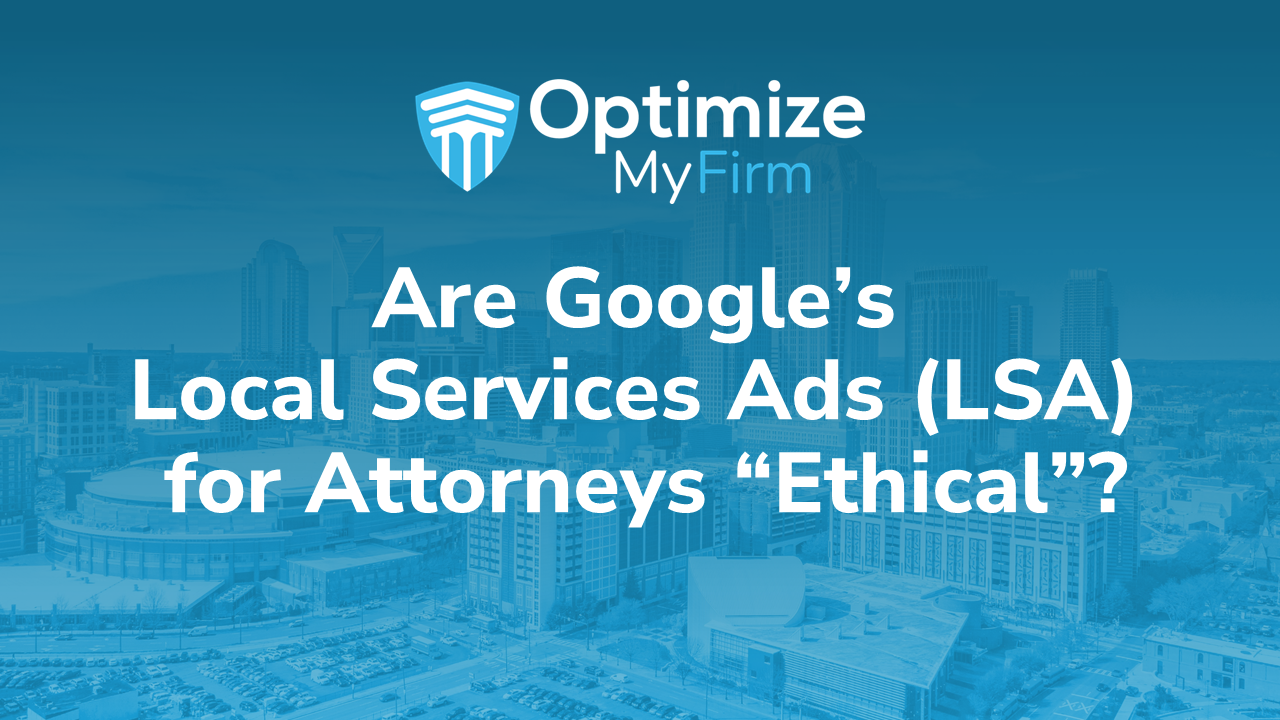 Google offers attorneys localized advertisements that are intended to connect consumers with lawyers in their specific geographic locations. It’s a pay-per-lead service that is displayed above all other legal advertising.

The search engine has been doing this for plumbers, electricians and others in the service industry for a few years now. Only three of such ads are displayed at a time on the search engine results page. When there isn’t enough room to disclose all of the lawyers in a local area who are participating in the program, their information is rotated pursuant to an algorithm. Each lawyer or law firm undergoes a cursory background check before being allowed to advertise their availability to provide legal services. If you haven’t heard of this service it’s called Local Services Ads.

Unlike typical online advertising that lawyers engage in, the actual phone number of the advertiser doesn’t appear in the search engine’s localized advertisements. A profile page provided by the lawyer along with a “call” button for users to click on if they wish to speak with the lawyer. Unlike a typical pay per click button that takes a consumer to a law firm’s website, when a consumer clicks on the “call” button, a phone number is contacted, but it isn’t the legal services provider’s phone number. It’s a different number that the search engine company set up for that provider, and the call is routed to the search engine company. (This is the user experience on mobile as of September 2021. Desktop users are shown a call tracking number instead of a “call” button.)

Consent and the Waiver of Confidentiality:

The lawyer that is participating in the pay-for-lead program receives a brief message before being connected to the consumer that the call is being recorded and might not be privileged. The consumer also receives a message about the call being recorded and that is not confidential. As a condition to participation in the local advertisement program, the lawyer has previously authorized the search engine company and its agents to monitor and record conversations that came through the company and disclose those conversations to third parties. Not only are the lawyers required to allow the search engine to listen in on conversations, but they also consent to monitor chat messages. The purpose of any such disclosures to third parties is unknown.

Whether the lawyer agrees to the disclosure obligation to the search engine depends on the duties that he or she has to the person contacting him or her. The scope of those duties is generally interpreted to be broad. In fact, it’s so broad that it even extends to circumstances when no attorney and client relationship exists. For example, when a person who isn’t a client seeks legal advice, the attorney might answer a question. If the client reasonably relies on that answer and the attorney doesn’t try to make it clear that he or she isn’t giving legal advice, the attorney could be found to be in violation of their state’s ethics code. The various state ethics commissions generally agree that if a lawyer has learned information from a prospective client who doesn’t retain that lawyer, the information is generally protected.

The search engine’s message about recording calls fails to disclose the very genuine material risks involved in allowing the company to record calls and other communications that are initiated through its local service. It doesn’t address those risks in the context of disclosing any such communications to third parties, and it doesn’t even disclose who those third parties might be. They might be the local police, Immigration and Customs Enforcement, an opposing insurance company in a personal injury case or an opposing attorney in a divorce case.

Regardless of the fact that both the lawyer and the caller agreed to the search engine’s terms, the lawyer must still comply with the applicable rules of professional conduct. Without informed consent being obtained from the person who placed the call, there is no compliance with applicable Rules of Professional Conduct. In fact, under the current framework of the local services agreement, there isn’t even an attempt to comply with any confidentiality requirements at all. Only a disclaimer to the effect that no attorney and client relationship is or will be established on the basis of one or two phone calls placed through a local service advertisement coupled with consent to disclosure of information to third parties by both the attorney and the caller will operate to protect the attorney from an ethics complaint.

The North Carolina State Bar Journal’s Fall 2021 issue had this interesting ethics opinion below. We’ve heard that other states such as Georgia and Indiana may not be far behind.

Proposed opinion rules that a lawyer may not participate in a pay-per-lead advertising program that records communications between the lawyer and potential client.

A search engine company (“company”) offers service providers pay-per-lead local service advertisements (LSAs) designed to connect consumers to service providers in their immediate area. For example, a search with the keyword phrase “family lawyer near me” would trigger the display of LSAs from family lawyers close to the consumer’s geographic location. LSAs appear above all other paid advertisements and only three LSAs are displayed at a time. When there are more firms with relevant LSAs than there are spots to display them, the company rotates the displayed advertisements based on a rankings algorithm that considers factors such as proximity to the consumer, business operating hours, online reputation, and responsiveness to customer inquiries. In order to participate in the LSA program, service providers must complete a screening and verification process. For lawyers, the process includes a background check, license check, and insurance verification. LSAs appear at the top of a relevant search results page under the heading “Company Screened” with a green checkmark. LSAs generally display the lawyer’s name, photograph, search engine rating, years of experience, hours of operation, and a “call button.”

Inquiry #1: Do the Rules of Professional Conduct permit a lawyer to participate in the company’s LSA program?

Opinion #1: No, because the LSAs do not sufficiently inform consumers about the circumstances and implications of the consumer’s use of the LSA to facilitate communication with the lawyer in violation of Rule 7.1. When a lawyer chooses to advertise through an outside advertising service, the lawyer has an obligation to make reasonable efforts to ensure that the services are provided in a manner that is compatible with the lawyer’s professional responsibilities. See RPC 241; 2004 FEO 1; 2018 FEO 1. Rule 7.1 prohibits a lawyer from making a false or misleading communication about the lawyer or the lawyer’s services. A communication is false or misleading if it “contains a material misrepresentation of fact or law, or omits a fact necessary to make the statement considered as a whole not materially misleading.” Rule 7.1.

The company’s LSAs differ from other online advertisements containing similar information in that the contact information provided is not the lawyer’s personal contact information. Instead, communications through a lawyer’s LSA are routed through the company. During the routing process, the company records and retains the communications. However, there is no indication on a lawyer’s LSA, or the lawyer’s company profile page, that all communication with the lawyer will be routed through, recorded, and retained by the company. Similarly, there is no indication that the company may share the communication with additional third parties. A third party’s recording and retention of these conversations, as well as its access to and potential disclosure of conversations between consumer and lawyer, raise consumer protection concerns and heighten the need for clear and full communication. A consumer seeking a conversation with a lawyer concerning legal services – regardless of the medium or platform of the conversation – should be given adequate, clear, and advance notice if the conversation will occur outside of the reasonable expectation of a consumer, to wit: the conversation will be exclusively between consumer and lawyer and/or a member of lawyer’s staff. A consumer using an LSA as described herein to facilitate their conversation with a lawyer about potential legal services should be given adequate, clear, and advance notice that the conversation will be recorded, retained, and potentially disclosed (without their knowledge or consent) by a third party. The company’s message at the outset of a communication initiated by the LSA that the company may record the call and the call is not confidential is insufficient to correct the omission of material facts causing the violation of Rule 7.1. Any legal implications of a third party’s presence during a consumer’s conversation with a lawyer about legal services is beyond the scope of the Rules of Professional Conduct.

Inquiry #2: If the company includes clear, adequate, and advance notice on the lawyer’s LSA that satisfies the concerns addressed in Inquiry #1, would the Rules of Professional Conduct permit a lawyer to participate in the advertising program?

Opinion #2: No, because participating in the LSA program is prejudicial to the administration of justice in violation of Rule 8.4(d).

A person seeking legal advice or other legal services is seeking justice, including the exploration of his or her legal rights and responsibilities, potential legal remedies, or a defense against allegations that could substantially impact his or her life. A foundational component of a person’s pursuit of justice is that person’s reasonable and historic expectations of privacy and exclusivity in communicating with a lawyer. These expectations are recognized in the comment to Rule 1.18, which requires lawyers to affirmatively disclaim the creation of duties owed to prospective clients when speaking with a person seeking legal services. Rule 1.18, cmt. [2] (“[A] lawyer has an affirmative obligation to warn the person that a communication with the lawyer will not create a client-lawyer relationship and information conveyed to the lawyer will not be confidential or privileged.”). An individual may choose to alter those expectations when communicating with a lawyer (e.g., by bringing a family member to a consultation); but a lawyer may not unilaterally make that choice for the individual.

As explained above, a consumer using the LSA to pursue legal services will have his or her words recorded, retained, and potentially disclosed without prior knowledge or consent. While the Ethics Committee is hesitant to classify a consumer using the LSA program as a prospective client under Rule 1.18, the committee is concerned that the LSA’s structure employs a mechanism through which critically important client confidences could be made vulnerable (e.g., the recordings could be subpoenaed by adverse parties, inadvertently disclosed, or subjected to unauthorized access). These vulnerabilities thwart a consumer’s pursuit of justice in an adversarial system such as ours. Additionally, even with an appropriate disclaimer, the knowledge that a conversation is being recorded has a chilling effect on full disclosure between the consumer and his or her potential lawyer, thereby undermining the very reason the consumer is seeking legal services. Accordingly, the lawyer’s use of a program that is designed to subvert a consumer’s basic expectations of privacy and exclusivity when reaching out to a lawyer about their legal rights and responsibilities does not foster the pursuit of justice; as such, a lawyer’s use of the LSA is prejudicial to the administration of justice in violation of Rule 8.4(d). 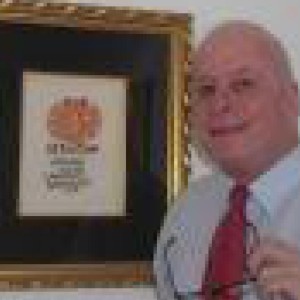